Those who have watched the Control Board over the last several years are very familiar with Antonio Weiss. Given the large role that he played in lobbying for PROMESA, many observers will no doubt be surprised to learn that Weiss is in serious consideration for a board seat or an auxiliary role advising the board.  This is not to mention the not so insignificant role the U.S. Treasury will play, and is playing already with the oversight board. 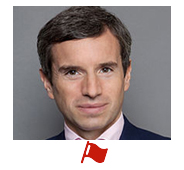 Weiss is a former executive at investment banking giant Lazard. He left Wall Street after receiving a nomination for a position at Treasury in 2015. What was supposed to be a routine nomination process became a political battle between the Democrats when Senator Elizabeth Warren famously led a fight against his nomination, citing his Wall Street ties and the generous retirement package he received from his former employers.

As a result, the Obama Administration withdrew Weiss’ nomination, and essentially circumvented the nomination process altogether by installing him as a “counselor” to Treasury Secretary Jack Lew, a position in which he does the more or less the same job as the one for which he was originally nominated.

Over the last year, Weiss has been the Obama Administration’s point man on Puerto Rico. He has been the most visible administration official lobbying in favor of PROMESA and PR’s access to a “comprehensive” debt restructuring. In this role he has testified before Congress multiple times, and worked extensively behind the scenes with lawmakers during the drafting process. Since the board has been in place since July 1, Weiss is currently running Puerto Rico for all intents and purposes. In addition, “Weiss was head of investment banking at Lazard, which has a history of advising Puerto Rico on its municipal debt. . .    Lazard also advised US hedge funds to snap up the debt and has invested in some of the hedge funds that did so, according to the activists, led by Hedge Clippers and Rootstrikers, which target the moneyed elite. ” Talk about a conflict of interest.

There are many obvious problems with a top Treasury counselor having a close relationship with the control board – or being on the board itself – that should rule Weiss out immediately. Weiss is first and foremost, an Obama Administration official, and as such there are serious questions as to whether he can put the best interest of the Puerto Rican people above the best interests of the administration, should a conflict ever arise between the two. For me, this strikes at the heart of the board’s independence.

It is worth noting that in the months before PROMESA was enacted, Weiss engaged in a grueling and at times bitter campaign against creditors, and put forth a proposal that would have put payments to pensions above creditor payments. His involvement with the board that will decide restructuring outcomes for those groups is an obvious conflict.

Further, appointing Weiss to the board would be a death blow to any hopes of the board becoming a unifying force here in PR. The reason the control board worked so well in Washington, DC – and the reason that I supported consideration for that board’s CFO, Anthony Williams – is because the citizens of DC eventually embraced it and the changes it brought to their city. Giving Weiss, a sitting federal government official, a seat on the board makes achieving that next to impossible; the cries from some that the board represents a colonial overreach by the federal government would become deafening.

Red Flag – Antonio Weiss is a non-starter for the control board. He has been involved in a deeply political restructuring campaign for months, and his appointment, or a role in any capacity outside of his current position as Counselor to the Treasury Secretary, will be seen as the essence of colonialism by many people in PR.