Carlos Vivoni is an Executive Vice President of Housing Promoters, Inc., a private Puerto-Rican based company that specializes in renting, buying, selling and appraising real estate. Prior to this executive position, he served as the Secretary of Economic Development and Commerce for the government of Puerto Rico, as well as the Secretary of Housing, under Governor Pedro Rossello. He also worked as a Vice President at Citibank in Puerto Rico from 1986-1993. 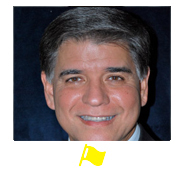 His public sector experience, familiarity with the inner working of the Puerto Rican Government, and long history as a champion for economic development on the island make him a logical candidate, and his name has gained traction in the rumor mill over the last several weeks.

During his tenures as Secretary of Economic Development and Commerce and Secretary of Housing, Vivoni championed privatization of our vast public sector and diversification of the job market on the island, arguing that an economy based on federal tax breaks was not sustainable in the long run. Both of these points figure to be major topics of the discussion for the board moving forward, and are no doubt part of the reason that he is garnering consideration on the right.

Still, his career has not been without controversy.

In 2011, a Department of Housing and Urban Development (HUD) program on the island was investigated for fraud and abuse problems that allegedly benefitted Housing Promoters, Inc, where Vivoni works as Executive Vice President.

The controversy centered a 2010 contract for which Housing Promoters initially bid and was rejected, only to have the rejection overturned and ultimately awarded the company.  The move drew scrutiny when revealed that a former Housing Promoters employee was appointed to oversee the bidding process.

Yellow Flag – Carlos Vivoni is experienced in public sector work aimed at promoting economic development on the island, which makes him a logical fit. However, he has no apparent experience in dealing with large-scale debt crises, and his involvement in a 2011 scandal will undoubtedly call his credibility into question.