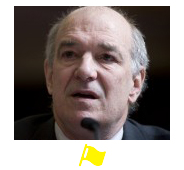 Mark Page is the former director of the New York City Office of Management and Budget (OMB), where he has served in various capacities as far back 1978 and as director under Mayor Michael Bloomberg from 2002 until 2014.

Page is an expert in public finance who, throughout his career, was intimately involved in the bond issuances used to finance the many arms of New York City’s government. Prior to serving as director, Page served as deputy council, deputy director and general counsel of OMB. His responsibilities included assisting the mayor in developing and overseeing the city’s budget and advising the mayor on policies affecting the city’s fiscal ability. He also served as the executive director of the New York City Municipal Water Authority, the executive director of the New York City Transitional Finance Authority, and the president of the development corporation TSASC, Inc.

Page’s long career, however, has not been without controversy. While OMB director, he introduced and championed CityTime, a new public employee timekeeping system which the New York Times claimed was supposed to be “the envy of mayors everywhere.” The project turned into a failure, which cost taxpayers upwards of $700 million, lead to criminal charges (unrelated to Page) and lengthy investigations within Mayor Bloomberg’s administration, and resulted in the creation of a new office within City Hall to monitor technology contracts.

The CityTime failure appears to be one blip in an otherwise illustrious career and, in fact, Puerto Rico may well benefit from attempts to streamline government and make it more efficient (which is what Page had in mind by most accounts in championing the project). But lawmakers must also consider that the Control Board will be faced with rapidly-changing circumstances and financial information that will no doubt necessitate quick and decisive action, and that it cannot afford to be bogged down by the inability of its members to respond to criticism over its policies, or their reluctance to adjust their approaches as necessary if they are not effective.

Yellow Flag -There is no doubt that Page has the public finance credentials to be a helpful voice on the control board, but lawmakers must carefully assess his role in the CityTime failure. I will continue to evaluate him as I learn more about his work.