Ana Matosantos is a financial and budget consultant for the left-leaning Public Policy Institute of California. Prior to that, she worked for several years in the public sector, most notably as director of the California Department of Finance under Governors Jerry Brown and Arnold Schwarzenegger from 2009-2013. 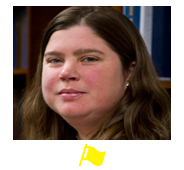 Matosantos was born in Guaynabo, but has had little to say about PR’s debt crisis to date, and no apparent involvement behind the scenes. Like Patricia Eaves, she is another candidate whose past work is difficult to gain vast insight into, but whose name has gained traction as a board candidate over the last couple of weeks.

When she took office at the California Department of Finance in 2009, the state faced large budget deficits and, in 2010, its credit rating was cut by Standard and Poor’s. Those budget deficits were reduced by the time Matosantos left office in 2013, but California continues to face serious fiscal issues. Overall, it is difficult to get a full view of Matosantos’ work in California without conducting a more thorough review.

One major concern over Matosantos’ appointment was brought to my attention this week: sources close to the board selection process tell me that high level Obama Administration officials – notably Treasury Counselor Antonio Weiss and National Economic Council staffer Jason Miller – are pursuing seemingly innocuous candidates whom the administration feels will be amenable to pushing its agenda on the board. Matosantos’, as a Puerto Rican with no obvious conflicts (and a former appointee of Republican Governor Schwarzenegger), is rumored to be atop of this list.

Obviously, if this is indeed the case, then it raises serious concerns over Treasury Department attempts to stack the board with puppet, non-independent appointees. As I have repeated numerous times, the board must be independent from the influences of the many stakeholders involved in PR’s eventual restructuring – and that includes the Obama Administration and its various political goals.

Yellow Flag – This verdict is a bit incomplete, as I will continue to look into Matosantos’ body of work in California. Rumors over whether or not she is part of a Treasury Department scheme aimed at stacking the board, however, are enough to cause concern.